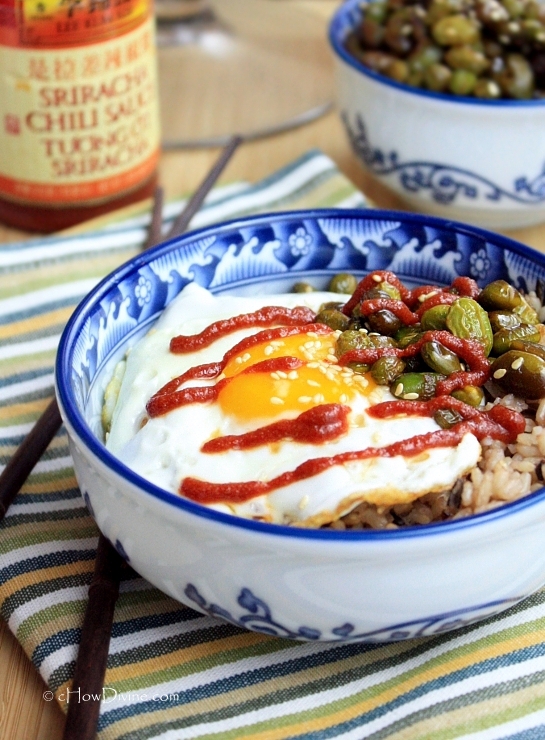 Yup. It’s another quick and easy meal. I wish I could say that I whip up elaborately fancy meals often, but that would be a total lie. Most of my meals for the past few months have two things in common. You guessed it: quick and easy. I’m hoping things will slow down soon, but I’m not holding my breath. And I’m quite enjoying my quick and easy meals, especially my multitude of bibimbap. This week, it was bibimbap with maple-glazed edamame.

What?! Some may say, “that’s not the bibimbap I know and love!” I know. Many know bibimbap only as the traditional Korean-restaurant-type bibimbap with its different vegetables, beef, and an egg. But bibimbap literally means “mixed rice.” So in theory, the possibilities are endless.

In its most basic form, bibimbap can be made with rice and a sunny-side up or over-easy egg. If you haven’t tried it, I can vouch for its deliciousness. Break the yolk, drizzle a little bit of soy sauce, mix, and enjoy. But I wanted something with a little more flavor: a little more sweetness, saltiness, and spiciness.

The addition of soy-maple glazed edamame with a little squirt of spicy sauce was the perfect solution. It is so easy to make. And as I stated in my previous post, this soy-maple sauce is one of my favorite sauces. I use it in/on/with just about everything. And the added benefit to this dish is that any leftover edamame can be enjoyed on its own as a healthy snack. It’s pretty awesome on its own!

I added sriracha to my bibimbap this time, because I ran out of gochujang (yikes!). It was surprisingly delicious with the edamame and rice. But of course, you can add gochujang to it instead. You can also add a drizzle of soy sauce if spicy foods aren’t your thing. Keep in mind that just a little sauce goes a long way, in part, due to the very flavorful maple edamame.

I know I sound like a broken record here. But try this simple bibimbap. It’s so quick and easy to make! You’ll be glad you did. 🙂 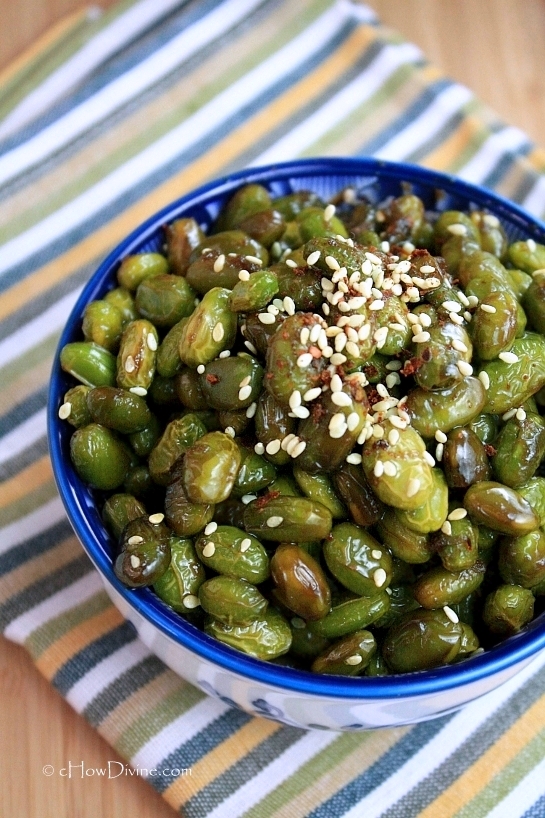 I know I don’t need to tell you this. But here it is anyway. Children, women who are pregnant, and those with compromised or suppressed immune systems should cook the egg all the way to avoid possible foodborne illnesses.

You can easily make this vegan by replacing the egg with an avocado.

If you don’t have mirin or sake on hand, you can use dry sherry instead. If you have either sake or mirin (but not both), just use what you have. If you are cooking for kids, omit alcohol all together and use broth/stock. Keep in mind that the resulting sauce will be slightly runnier if mirin is omitted.

Make sure to scrape up all the sauce in the pan. That sauce is gold and tastes so yummy mixed in with the rice.

You can use gochujang instead of sriracha. Most commercial gochujang is already sweetened and is pretty good right out of the carton. But I usually add a little bit of water to the gochujang to thin it out. I do this mostly to reduce the sodium content. Gochujang sauce with runnier consistency also makes it easier to mix into the rice. Keep in mind that this meal will (likely) no longer be gluten-free if gochujang is used.

For kids, you can use tamari (soy sauce) instead of spicy sauces. Just break the yolk by poking it with a fork or chopstick and drizzle some tamari directly on the yolk. Mix and enjoy!

You may have some edamame left over. Store them in an airtight container in the refrigerator and eat it the next day. It’s pretty awesome even when cold. 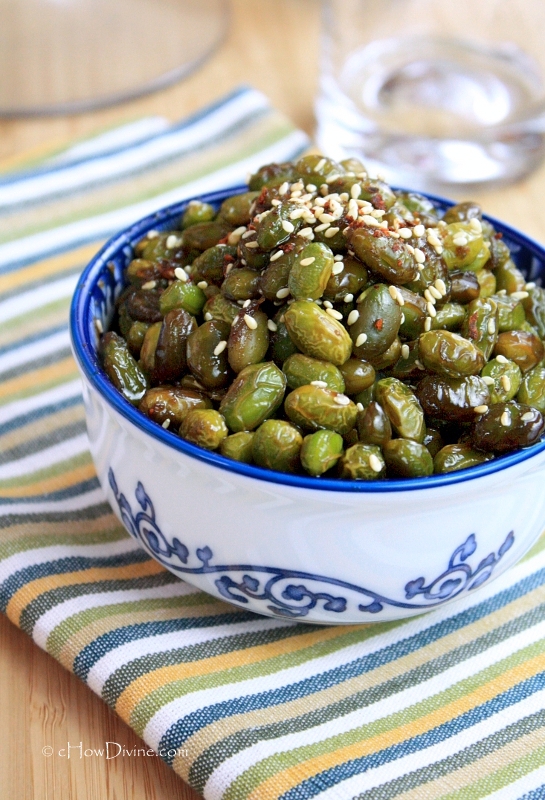