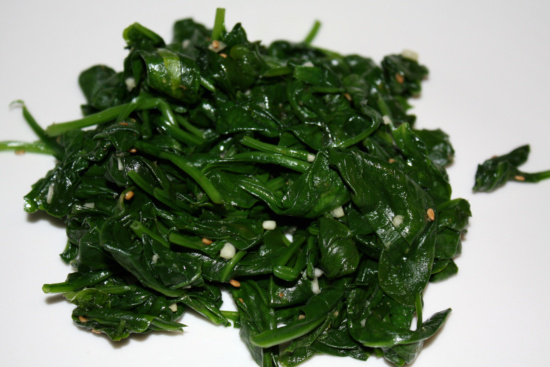 Shigumchi Namul or Sigumchi Namul is an integral part of many popular Korean dishes. Yes; you can most certainly serve it on its own as a respectable banchan (side dish). But Shigumchi Namul is much more than that. You can bring color, flavor, and nutrients to many main dishes simply by adding it as an ingredient. Bibimbap (mixed rice), Kimbap (rolled rice in laver), and Japchae (mixed or stir-fried cellophane noodles) are the first to come to mind.

Shigumchi Namul is a classic Korean side dish. But I prepare it a bit differently than my foremothers.  I water-sauté the spinach instead of boiling it.  When you boil the spinach, you have to wait for the water to boil; and after boiling, you have to squeeze out the water from the spinach.  I know. It sounds a bit counter-intuitive.  But that’s how it’s traditionally done.   The water-sauté method saves me a lot of time and energy by allowing me to dispense with those steps.  And the end product tastes just as delicious. 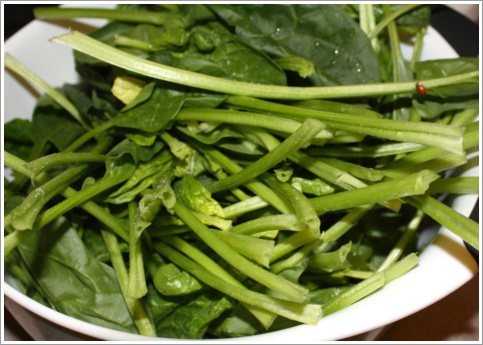 It’s so simple and healthy. You must try it!

*I usually don’t add green onions if I plan to use it as an ingredient in a main dish.