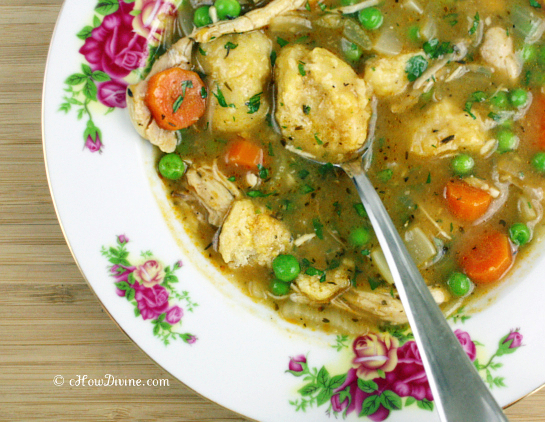 I was in a major cooking rut over the holidays. This is pretty common for me. Maybe it’s all of the sugar, the alcohol, and the decadent foods I consume over the holidays. During this season, I am just way too tired/lazy/hungover to cook a decent meal for myself.

It was no different this year. I needed some major encouragement, inspiration, or coaxing to get back into the kitchen. Luckily, I found some over at Google +. Yeah, that’s the platform that “no one” is on. But I like it. And I like the people I’ve met there. Many are food lovers and great cooks/chefs. Many of the dishes that they create look divine; but one stood out for me for it’s oh-so-comforting qualities.

I try to eat a balance meal, but I ONLY crave comfort foods in the winter. That’s not an exaggeration. If I can help it, I wouldn’t touch any raw vegetables or fruits. I like things simmered, soft, and piping hot. And this Chicken and Dumplings totally fit the bill. I’ve adapted the recipe to make it gluten-free and dairy-free.

I have made chicken noodle soup from scratch many times, but never chicken and dumplings. And I was happy to find the preparation almost identical – excepting the dumplings. Although it may be a tad bit time-consuming and tedious, it’s not difficult to make. Especially if you are cooking for two, as I usually do. If so, you can make this last up to 3 meals. You just need to replace some of the stock with some store-bought (or homemade) stock. It is SO worth it.

The complete recipe will be at the bottom of the page as usual. But here is a very brief version of the it with photos. I hope the photos help.

Of course, you need to prep the chicken. You can buy a whole chicken and cut them up into pieces; or you can buy it already cut up. Trader Joe’s sells a family-sized cut up chicken. Throw in all ingredients for the stock in a large pot and boil. The pot below is missing a chunk of onion. 🙂 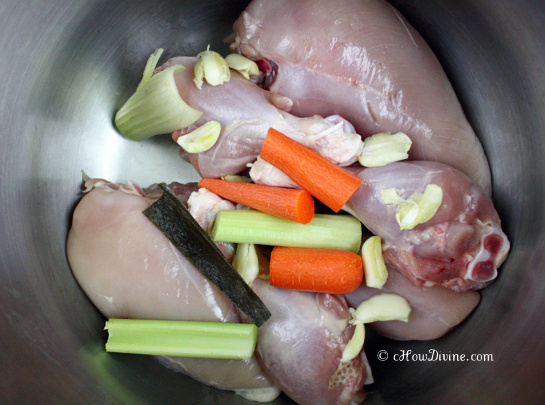 While the chicken is boiling, prep the vegetables. 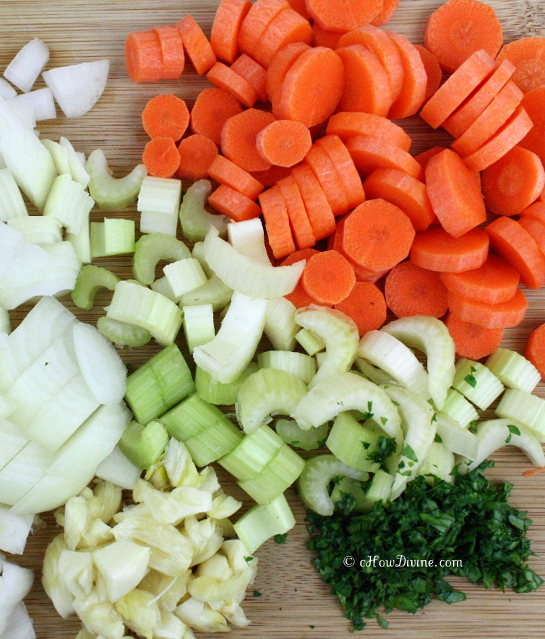 Once the chicken is done cooking, remove and cool the chicken. In a large pot, saute the prepped vegetables until the onions are translucent. Add the seasoning to the pot and mix. Then, add the stock to the pot. Allow the contents to come to a boil and simmer. Shred the cooled chicken and season. 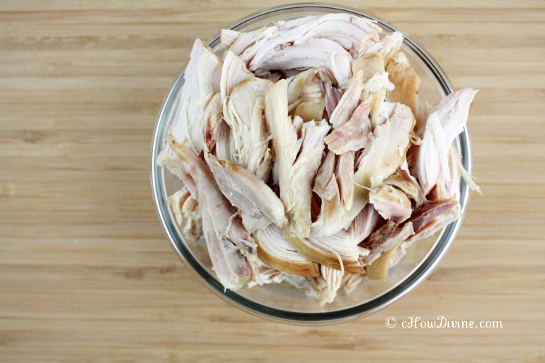 Whisk together the dry ingredients for the dumplings. Add the oil and the almond milk and mix. The texture of the dough should not be too wet. Once the soup has simmered, add the chicken and parsley to the pot. Mix. Drop the dumpling dough into the pot using a tablespoon. 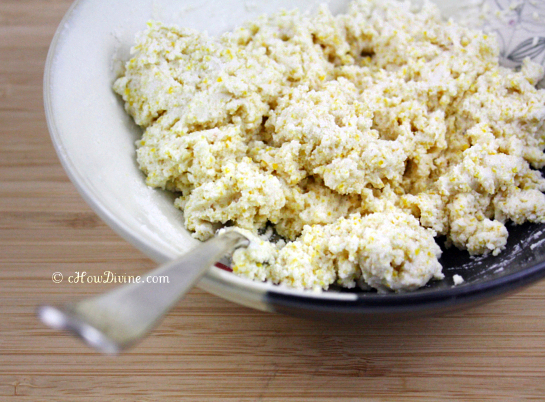 Simmer until the dumplings are tender and cooked through. 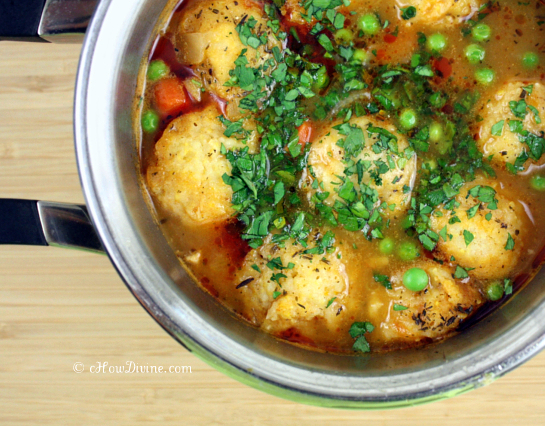 I always squirt a little bit of fresh lemon juice to the bowl right before digging in. It really brightens up the flavor.

I also love a little bit of sriracha or gochujang (Korean chili pepper paste) in this soup. If you do not need to follow a strict gluten-free diet, mix some in with a little bit of soup. See how you like it. It really gives it a great kick of flavor.

If you are cooking for two, store the unused portion of the shredded chicken in an airtight container separate from the soup/stock. Don’t put the shredded chicken in the soup until ready to consume. Additionally, you can make just half of the dough for dumplings. It should be more than sufficient for two people. Just throw in some more veggies and make a new batch of dumplings when you reheat the leftover soup.