My grandmother used to tell me that I couldn’t ring in the New Year without having some Tteok Manduguk (Korean Rice Cake and Dumpling Soup) according to Korean tradition. Who am I to argue with this long-standing tradition?

I’ve been eating Tteok Manduguk on New Year’s Day as far back as I can remember. When I was young, my grandmother made EVERYTHING from scratch: the filling, the mandu skin, and the broth. I don’t have the luxury of my grandmother’s cooking anymore – haven’t for a few years now. But I still consume tons of the soup come every New Year’s Day, usually at a restaurant.

We could have gone to a Korean restaurant again this year, or I could have bought some frozen mandu and beef broth to whip up something quickly at home. But I love Korean soups made with homemade brisket broth. So I decided to strike a happy medium: buy some MSG-free mandu from a Korean market and make my own brisket broth. FYI, Pulmuone makes pretty good mandu free of MSG.

The brisket broth can be made by simply simmering brisket in water and adding some fish sauce; but you should really take the extra step of boiling some dried anchovies and dashima (in place of fish sauce) before simmering the brisket. This extra step makes the broth so much richer and more complex. It’s so worth the extra 15-20 minutes. To make it worth your while, you can make tons of broth and reserve any unused portion for later use. Just refrigerate it for short term use and freeze the rest. You can also make the broth in advance and skim off any fat that forms as it cools. I did just that: made tons of broth in advance and skimmed off the fat.

The broth was unbelievably rich and delicious. Throw in some mandu and tteok. And top it with whatever you want: scallions, sliced brisket, sliced egg crepe, toasted laver, or nothing at all. It just doesn’t compare to what you get at a run-of-the-mill Korean restaurant. I’m so glad I decided to make Tteok Manduguk at home. It was a resounding success! 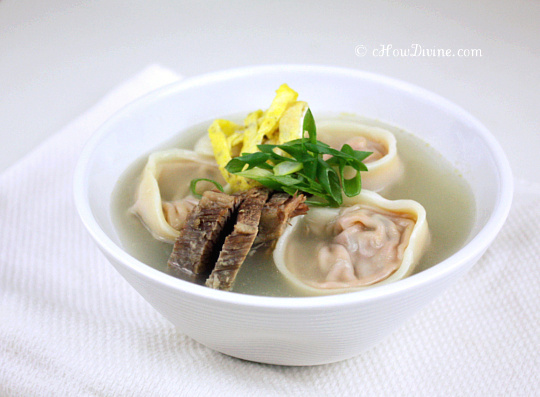 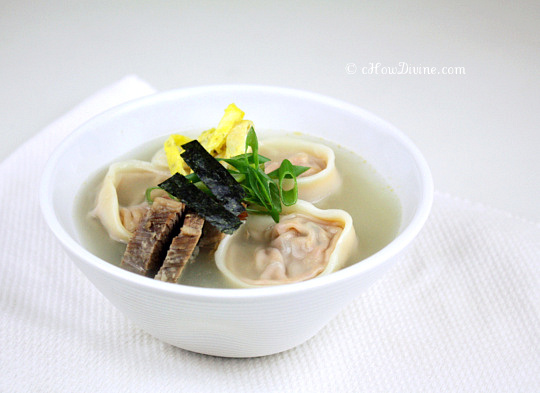 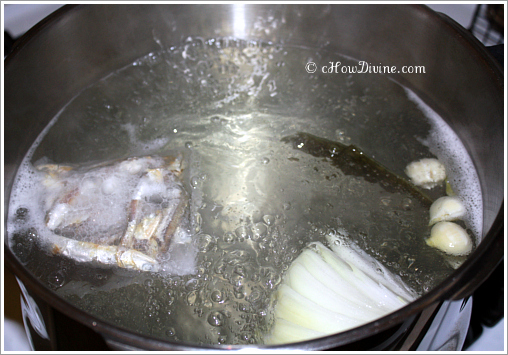 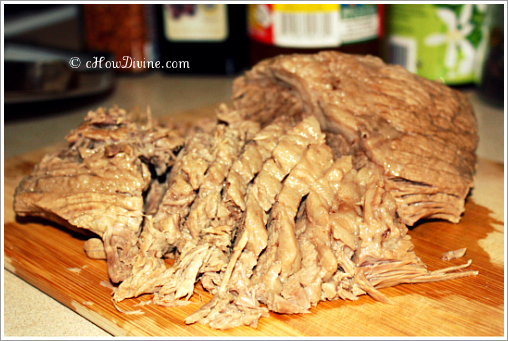 ** You can cut down the cooking time significantly by using a pressure cooker. I used a pressure cooker for this step and cooked the brisket under pressure for about 30 minutes. The stock was extremely flavorful. Additionally, you don’t lose much stock through vaporization.